After taking a look at the games whose appearance at E3 would surprise absolutely no one, it is time to set our sights on titles that stand in the middle ground separating the absolute locks from the farfetched dreams. These are games belonging to hugely important franchises, and while in some cases their existence is known all around the industry, in others it is simply possible to assume there is a chance they will show up due to the fact they will eventually inevitably come. One thing is for sure, at least one of those titles will be invited to the big E3 2015 ball. 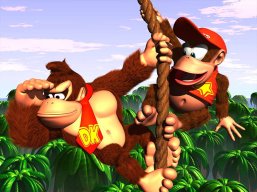 Ever since wrapping up their work on Tropical Freeze, the seemingly fail-proof Retro Studios has been up to something. The question of what exactly is going on inside the company’s Texan headquarters is one that is floating inside the minds of every single Nintendo fan, and Donkey Kong Country Returns 3 is undoubtedly one of the many possibilities. If the original set of games concluded as an epic trilogy, it is only fair, and natural, that this equally impressive revival receives a similar treatment. All Nintendo needs to decide is whether they want that final chapter to be out now, which would entail utilizing one of their most brilliant subsidiaries to produce yet another sidescroller for a system that already has plenty of them, or if it will be saved for later

The truth is, out of all possible projects that could possibly be brewing inside Retro Studios at this very moment, Donkey Kong Country Returns 3 would probably be the one to cause the tiniest splash within the fanbase. Yet, regardless of the reactions it would trigger, the game would end up being a very much welcomed addition to the Wii U library. Retro, however, is not the only candidate to be handling the development of the game, as Nintendo has plenty of both internal and external studios that would be more than capable of pushing the sidescrolling journey to its glorious conclusion.

Out of all sins committed by Nintendo during this generation, the biggest of all is the fact that four years into the Nintendo 3DS’ life and three years after the Wii U’s release, none of the systems have seen a new Metroid installment. Samus Aran’s complete absence from this new gaming era, especially when she is the heroine of one of the company’s most important franchises, is preposterous. Despite the fact the property is by no means as profitable as the giants that are Mario and Zelda, there is no excuse or acceptable explanation to explain that lull. Nintendo needs to address that drought right away to avoid repeating the debacle that was the hunter’s not appearing on the Nintendo 64, a reality made even more absurd given the enormous shock waves generated by Super Metroid.

The table is set for a Metroid onslaught, and all that remains to be seen is if the Big N will capitalize on that scenario. An appalling thirteen years have passed since the release of the last original Metroid sidescroller – Metroid Fusion, and the Nintendo 3DS could be the perfect hardware to revitalize that line of games with 3-D effects to spare and the potential to create mesmerizing visuals. Meanwhile, tridimensional Metroid games are in need of a rehab after Other M caused explosions of negativity among fans, a situation from which the franchise could recover either through another Metroid Prime-style first-person adventure or a smart wide-open journey that could take advantage of the Wii U’s capabilities. The world is sickly thirsty for new Metroid games, and Nintendo could easily – and justifiably – deliver a double dose of the antidote. 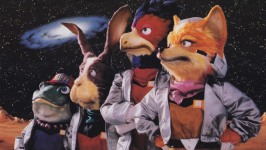 During last year’s E3, Miyamoto famously boasted that his project – the upcoming Wii U installment of Star Fox – would arrive before Aonuma’s new The Legend of Zelda game. With the latter now delayed until next year, it looks like the friendly competition has a clear winner. Save for a massive upending of the tea table that would have sent the game’s development down a completely different path, an event that is reportedly common on Miyamoto-directed projects, Star Fox is likely to be currently sitting at a state not far removed from completion. Therefore, it is to be reasonably expected that Fox and his crew will show up in a far more full-fledged form than the shy demo that was displayed one year ago.

If everything goes according to plan, Star Fox is bound to be one of the highlights of Nintendo’s show. A highly beloved franchise that has been gone for a whopping nine years, with the latest Nintendo-developed version being Star Fox 64 from 1997, the reveal of its true form and colors will garner a lot of attention and media, and most fans will be holding their breaths in the hope for an Airwing-centered space opera filled with great dialogues, dogfights, armies of enemies, and lasers flying all across the screen. Miyamoto, however, is not a man to play it that safe, so that traditional structure is bound to be dressed in a few curveballs whose effects will only truly be known upon the game’s launch. Regardless of how this new Star Fox will look, it will certainly feature a nice number of twists and unexpected ideas.

The Legend of Zelda

Nintendo has already established that the Wii U version of The Legend of Zelda will be skipping this year’s E3. The franchise, however, ranks among the ones that could end up being featured during the Nintendo Direct due to the Nintendo 3DS. With the sensational remakes of Ocarina of Time and Majora’s Mask, it is arguable the handheld has already gotten its share of Zelda titles, but its only sole original installment has been the impressive A Link Between Worlds. A look at the track record of the company’s line of portables, though, reveals that, if the Four Swords game that came packed with the remake of A Link to the Past on the Game Boy Advance is counted, two brand new Zelda games seem to be the standard.

About one year ago, Miyamoto revealed his team had ideas for a new 3DS Zelda, which suggests the game is coming. Given the system is likely to be approaching the final years of its life cycle, E3 2015 could be the perfect time to announce a number of great titles to send it away with style. Alongside the aforementioned Metroid sidescroller, a new The Legend of Zelda – even in a relatively rough state – could be the first few big bricks in the building of a worthy farewell.