As it turns out, I have had a few productive weekends with Super Mario Maker. Below is another batch of levels alongside brief descriptions containing their motivation, inspiration, and other random thoughts. Here’s hoping that those who try them have fun. 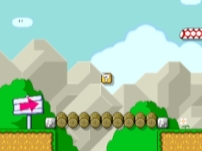 Butter Bridge has always been one of my favorite Super Mario World areas. Therefore, when I decided to make a bridge-themed level, using that game’s art style was a no-brainer. This level has a mix of puzzle solving and platforming; each bridge segment is separated by gaps that cannot be traversed normally, so players have to figure out a way to climb up to access the passage to the next portion of the stage.

Sometimes, the feat is achieved by jumping on Wigglers; on other occasions there is a little riddle that must be figured out. Personally, I don’t think it is one of my best stages, but it has been relatively successful in terms of earning me stars. 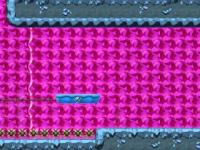 Crystal Mines has been, for some reason, by far my most successful stage in terms of stars and users. I took a few of the puzzle solving elements of Mariotroid (see the original Playing Miyamoto post) and squeezed them, once more, into a tight cave stage. However, the backtracking vein of that stage is not present here; it has a far more straightforward sequence of finding items and using them appropriately and then, after the midway point, it becomes a platforming-centered affair.

It has a pretty wide assortment of enemies, moving platforms, shafts, narrow passages, and wider environments all punctually decorated with the titular pink crystals. 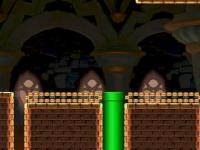 I had not incorporated treadmills into any of my previous stages, so I thought about coming up with a level centered around them. A factory setting seemed like the most appropriate choice for something of the sort, but unfortunately Super Mario Maker does not offer one (I am not even sure there has ever been a factory theme on a Mario sidescroller). So I chose the next best thing: Bowser’s castle.

The result is a level that mixes treadmills with other enemies in order to create challenge. Most of the time said enemies come in the form of Bob-ombs, but I threw in some Piranha Plants and Thwomps for the sake of variety. I am particularly fond of the last segment where I created a wide puzzle and platforming mixture by using very long treadmills, a couple of walls, and Bob-omb-spitting pipes. 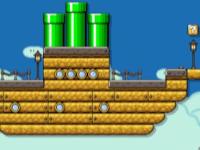 Haunted Houses are nice and all, but they are sort of overdone by now. So how about a Ghost Shipyard?! Initially, that was my thought; in the end, though, I was forced to use the Ghost House theme for the internal part of the ships since nothing else felt quite right. The outside portion of the level has a bunch of differently sized vessels scattered around, and Mario must explore the inner parts of two of them.

When in the Shipyard, the main challenge is going from one ship to another and exploring the place to find any hidden areas. When inside the ships themselves, the level turns into a bunch of challenges involving Boos and Dry Bones, including an elevator shaft, a haunted engine room, and a storage area. 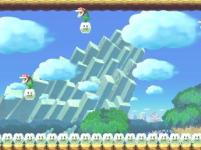 Cloudy With a Chance of Piranhas

Piranha Plants are awesome little foes that are quite flexible: they can pop out of pipes, spit fireballs, and even fly when given wings. A level on the clouds centered around them felt like a good idea, sort of like a hellish garden in heaven, and a shift away from all the winged Koopas and Goombas. During the first portion of the level, Mario navigates towards the creatures’ main garden through a series of platforming-related challenges.

On the stage’s second half, he hits the motherload: the piranhas are everywhere. The plumber, then, needs to go through their main hiding spot while riding a Koopa Clown Car until he finds their nest, behind which lies the escape towards freedom. A big thanks to themancalledscott for providing me with inspiration for that second portion with one of his awesome levels. 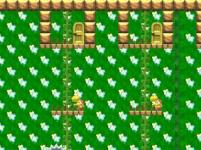 I was toying around with the New Super Mario Bros. U theme when I discovered that, by shaking one of its assets, it turned into a beautiful green hedge. I immediately decided I had to build a level around that gorgeous little element and then proceeded to try to cover the entire screen with that green beauty. With the theme set in place, I started coming up with natural-looking obstacles that would fit the stage’s look, choosing to utilize vines, Monty Moles, Koopas, Piranha Plants, and mushrooms.

Given this is one big hedge, there is a lot of climbing taking place across the stage and even three alternative paths to choose from; I tried to make them all equally difficult, but I am under the impression that one of them is slightly easier than the others.

Given the success of my Crystal Mines level, I wanted to revisit the underground theme. This time, though, instead of a simple cave, I decided to go for ice-covered caverns. Aside from an eventual moving platform, there is no ice-free ground here and players must literally slide their way through various obstacles and control Mario’s forward motion so he does not get hurt by carefully placed saws and Thwomps.

I also ended up using plenty of Spikeys, given I feel they are the enemy that better suits the ice theme, forcing Mario to watch out for any thorny creatures that might be hanging from the ceiling. In order to make the whole thing look prettier, and hopefully not too visually busy, I decorated the entire cave with green crystals. After creating the level and uploading it, I realized the name may be a weird unconscious combined reference to The Velvet Underground and Disney’s Frozen. 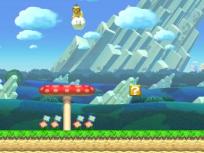 Lakitus look quite lovable. Sadly, they are generally seen as utterly obnoxious enemies. In an attempt to improve the overall perception on the poor creatures, something that might end up having the opposite effect, I came up with Shelter From the Storm. Named after one epic Bob Dylan song the levels are thrilling platforming-centered obstacle courses. Mushrooms that provide the titular shelter from the rain of Spikeys, alongside a nice little power-up, are placed after each level segment, giving players plenty of room for mistakes.

Koopas, Chomps, Monty Moles, Piranha Plants, Giant Goombas, Munchers, and Wrigglers come together in different ways to make up the obstacles Mario must jump over. Originally, the two levels were meant to be one. However, due to a Super Mario Maker limitation that does not allow players to have control over the camera’s focus while creating their levels, I could not properly divide the two areas available for level creation into two floors. Therefore, I had to split what I had created. I feel the result is far better than the original, though, because otherwise the whole level might have ended up being way too long.