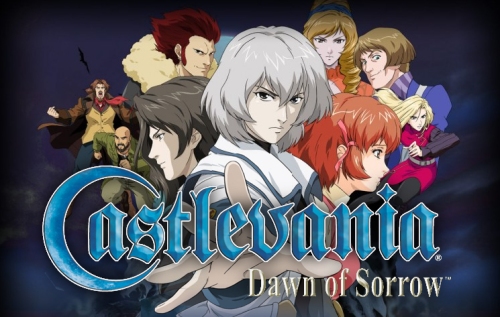 Some may claim Castlevania: Dawn of Sorrow is excessively similar to Aria of Sorrow, and that is quite fair. In fact, the only truly new idea that Konami produces for this installment – the Magic Seals – ends up being nothing but a considerable design blunder. Yet, the base upon which the game is built is just too strong to crack. A gauntlet of monsters and labyrinthine halls, Dracula’s Castle remains a joy to be explored, and each of its areas plays like a challenging series of combats and navigation challenges. Moreover, the fact the protagonist can permanently acquire the powers of the foes he defeats leads his moveset to be incredibly customizable, adding a strategic degree to both regular combats and boss battles that makes the saga’s traditionally cool encounters against wicked creatures even more alluring. And with these weapons in place, Dawn of Sorrow could never have really failed. Because, yes, it may be a mere continuation of what was achieved in Aria of Sorrow, but that does not mean the greatness in design that tends to permeate the Castlevania series is absent. 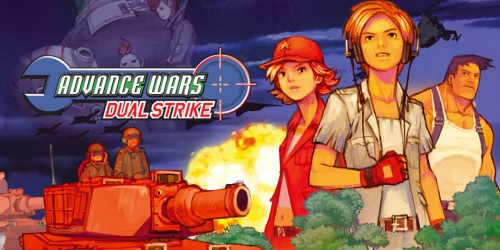 As part of the sole Nintendo property that offers a take on the strategy genre at its purest state, Advance Wars: Dual Strike is proof that it is possible to work within traditions while also expanding boundaries, even if ever so slightly. The difficulty eventually reached by its main campaign might prove excessive to some, but anyone who walks into it is bound to notice the company’s usual suspects: the charming visuals; the excellent level design; and the creativity that is necessary to keep on coming up with new ideas inside such a limited scope. Thanks to the capabilities of the Nintendo DS, Advance Wars: Dual Strike finds not just a control scheme that is ideal for the type of experience it provides, but also the opportunity to exhibit battles in two fronts that interact with one another. And thanks to the incredible talent of the Intelligent Systems team behind it, it finds enough polished war scenarios to keep fans going for dozens of hours.

Phoenix Wright: Ace Attorney is not brilliant solely because it unlikely finds a way to transform a profession of mundane character into a unique gaming experience; even though that is undoubtedly one of its most remarkable achievements, it is far from being the only one. This is a package whose cases and characters have a similar worth to those found in great books, films, and television shows dedicated to portraying criminal investigations. The thrill of its action, the surprise of its twists, the weight of its dramas, and the excellence of its humor are pleasantly matched by brain-teasing puzzles that push players into slowly undoing the apparently very solid cases that have been built against the protagonist’s clients. The result goes beyond a title with unique gameplay, giving the adventure a vibrant soul that makes it no surprise it would be the first of many installments from a long-running and greatly beloved franchise.

There are, of course, a number of areas where Mario & Luigi: Partners in Time could be better. A stronger and thicker script would give more purpose to some of its segments; a fully connected world, like the one from Superstar Saga, could have brought forth a bigger sense of freedom and worked far better than the linear portal-based traveling it employs; and the time-traveling quirk out of which it extracts its greatest new mechanic, the presence of Baby Mario and Baby Luigi, is visibly underused, as it fails to bring any other considerable ramifications in plot as well as in gameplay. Nevertheless, an evaluation of its components reveals a game that is strong, as its humor is undeniably sharp, its animations are lovely, its battle system is highly entertaining, and the puzzles that appear as the heroes explore the world are simple yet fun. Due to that, although it falls short of the greatness achieved by some of the other entries of the series, Mario & Luigi: Partners in Time is a very solid role-playing outing by the plumber.

As a consequence, an asset that could have been used to give the game a punctual charm of its own is excessively explored. The Legend of Zelda: Spirit Tracks is just way too enamored with Link’s lovely train and, throughout the quest, the game is incessantly mining it trying to find something of value, only to come up with very little, because somehow developers overlooked the fact the vehicle is nothing but an alluring means of transportation. That issue, and the fact it emerges so frequently, taking up a significant amount of the adventure’s time, ends up being the element that stops Spirit Tracks from being truly great, and that fact is especially frustrating because of how, when it is not focused on railroads, the game is usually encountering clever new items and mechanics to call its own. As it stands, however, these great moments, its good art style, its marvelous soundtrack, and the delightfully prominent presence of a very active Princess Zelda are diluted amidst the steam.

Aside from the disastrous Temple of the Ocean King, nothing about The Legend of Zelda: Phantom Hourglass is purely bad. Its controls work very well and bring a few benefits to the gameplay; and its usage of the Nintendo DS’ unique capabilities unearths distinguishing traits that appear in the form of puzzles that require players to scribble on the maps. Nevertheless, simultaneously, nothing about it is truly remarkable either. Its decision to emulate The Wind Waker, albeit in a smaller and more streamlined scale, may have the positive effect of putting gamers back in touch with a lovely art style and popular familiar characters. Yet, at the same time, it causes direct comparisons between the two games to be inevitable, and given Phantom Hourglass makes some decisions that generate average dungeons and also harm the overwhelmingly delightful feelings of freedom, discovery, and exploration that drove The Wind Waker towards all-time greatness, the outcome is a merely decent game. It is undeniable that, as an action-adventure title, Phantom Hourglass does more than the average effort in the genre, for it has a myriad of clever mechanics and puzzles; sadly, as a part of The Legend of Zelda saga, it does not succeed in impressing.

Ghost Trick is one of the best games on the Nintendo DS, and that is saying a lot for system that had a life cycle of six years during which it built one of the strongest lineups the gaming world has ever seen. The game presents an extremely original concept that is as engaging as it is fresh, and the solid writing behind that element makes it materialize in a remarkable way. There is not much to the game when it comes to replay value, but the regular adventure lasts for some good twelve hours and it is hard to forget all the remarkable moments the game provides players with. Among many of the original concepts that found their home on the Nintendo DS, Ghost Trick is one of the most refreshing.

Okamiden is one of the best titles in a system that is widely know for its strong library and certainly one of the grandest adventures to ever be put inside a Nintendo handheld. It is a precious gift to a world that, for a little while there, ran the risk of never again playing a new Okami game. We should all be thankful Amaterasu blessed us with yet another journey into the world of Nippon.

The World Ends With You ends up being a game that is as original as an RPG created by Square Enix can be. It may have its share of problems, coming from both the JRPG traditions it sometimes tends to follow and the bold moves it performs to bring new fantastic elements to the table and take full advantage of the Nintendo DS’ hardware, but none of them will make gamers forget about how big of an accomplishment the game is truly is. Because, as it turns out, adventures with such perfect storytelling and refreshing gameplay do not appear as often as they should. The World Ends With You is a one-of-a-kind flawed masterpiece, and its incredible plot twists, thrilling battles, and unique setting are more than enough to explain the passionate cult that surrounds the game.

In the end, Scribblenauts is a very ambitious project that suffers due to its massive scope. Although all of its shortcomings are extremely hard to ignore, the game is still very enjoyable and players with great creative minds will certainly have much more fun than those who are a little short on the inventive side. The game has nearly endless value, as levels can be replayed over and over again thanks to their immense array of solutions – which even award players with extra points according to certain criteria. Overall, it is a package that is recommended to pretty much everyone. It is easy to get into it and its concept draws the interest of both gamers and non-gamers.