Due to its bold cryptic nature, it is possible that Tunic will cause some players to occasionally wish the game were a bit clearer in one or two points. But overall, this is a masterclass of design. In a context where a few franchises and developers are smartly recognizing that their audiences want to be left alone to engage in quests of exploration and discovery, Tunic takes that concept to its extreme by having players figure out nearly everything, from where they must go next to the intricacies of basic mechanics. On its own, that idea should already be thoroughly enticing to many, but Tunic amplifies the thrill of it all by turning that process into clever puzzle-solving seamlessly integrated into a journey that matches a The Legend of Zelda overworld with progression, exploration, and combat that carry a firm Dark Souls stamp. The result is one of the finest efforts ever produced by the indie scene, and an adventure with the capacity to trigger a nearly unparalleled joy of discovery. 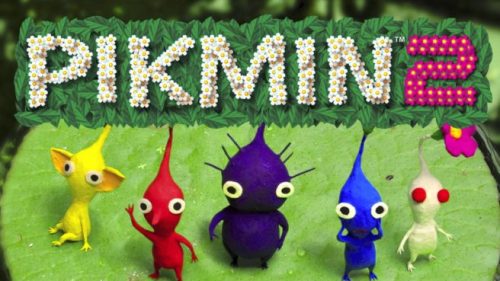 Yet, despite the fact Pikmin 2 is a blatant improvement over its prequel in multiple areas, the quality of the experience is ultimately defined by the dungeon-crawling gameplay it brings into the formula, since most of the quest’s running time will be spent in procedurally generated caves. If their premise sounds appealing, then these occasionally brutal challenges that dare players to walk into a sequence of floors with an army of Pikmin and make it to the end without losing too many creatures and being forced to retreat should pave the way for a delightful journey. However, if the exploration of natural outdoor environments and the more organic vibe that prevailed in the original come off as better, then Pikmin 2 could be seen a minor misstep. Still, regardless of one’s stance, the fact of the matter is that there is a lot of enjoyment to be found in the package; the difference only lies in how much frustration one will have to deal with. 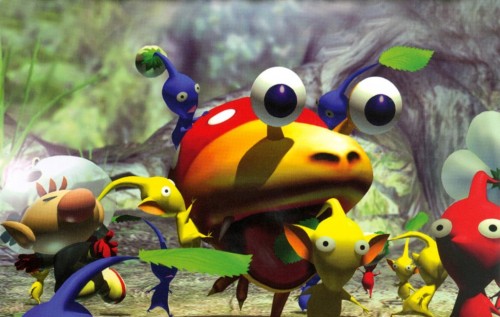 Vicious in how it depicts the merciless spirit of nature and charming in how it covers it all up with cute colorful painting, Pikmin is a creative victory. Simply put, there is nothing quite like it, and its mixture of action, exploration, and army-management is so unique that pinning it to a genre is nigh impossible. What is truly important, though, is that it is a thoroughly engaging package which challenges players to multitask, plan, and skillfully use a horde of little creatures to overcome obstacles as well as bring down foes that tend to outsize the heroes by a very comfortable margin. And even if problems do exist in how the Pikmin occasionally act, in how the quest’s time limit may turn some gamers off, and in how the project’s scope verges on being too small, the formula created here is by all means a winner, and in its first outing it already emerged as an incredibly fulfilling experience.

Because of the problems it presents, some may look at Battalion Wars as a bit of a misfire. After all, while Advance Wars, the property from which it came, represents one of the peaks of the strategy genre, this console spin-off is good but not spectacular. Yet, the fact it dared to translate that portable experience to a console while greatly altering the gameplay to a point that it lands on a different niche altogether is not just commendable, but also responsible for generating a very interesting product. The mixture between action and strategy it unearths is thoroughly unique, and in a setting where managing platoons of different units and skillfully shooting up the place with the appropriate type of weapon are both key to victory, the game comes across nicely designed scenarios that are worthy of the Advance Wars stamp in how they present challenge, replayability, and the need for careful planning. Therefore, even if the complex nature of what it tries to do contains obstacles the game does not totally overcome, the result is still worth checking out, since the experience that can be found here is not available anywhere else.

As the first fruit of a collaboration that would go on to yield bright platformers and adventure games, Duck Tales was a very positive sign of what was to come. With it, Capcom used the wisdom of its talented development team to turn a famous Disney property into a very engaging gaming experience, and it is not hard to understand why the title not only succeeded in its time, but also remained beloved long after that era. After all, rather than settling for a competent but forgettable design, the studio perfectly translated the cartoon’s charm to pixels while sprinkling it with refreshing gameplay ideas. The result is one of the NES’ finest hours and a project that would go on to serve as an example for anyone trying to use popular television and movie characters as the inspiration for a game.

Xenoblade Chronicles 3 is quite simply one of the most ambitious projects to ever come out of Nintendo’s pipeline. With it, Monolith Soft further solidifies its property as one of the biggest representatives of the genre, taking almost everything that made its two predecessors feel magnificent to new heights. The world is not just the biggest one yet, but it is also intricately designed; the art style is vivid yet sober, achieving an immaculate level of quality; the plot’s tone is alluringly bleak; the customization options are unbelievably deep; the cutscenes are abundant, brilliantly directed, and greatly dramatic; the protagonists are the best in the saga by a very large margin; and the full-fledged nature of the more than one hundred sidequests threatens to set a new very high standard for the industry as a whole. As such, Xenoblade Chronicles 3 safely qualifies as one of the best RPGs of all time, and its mixture of exploration, battling, and questing goes straight to the history books to serve as a blueprint for the future of the genre. 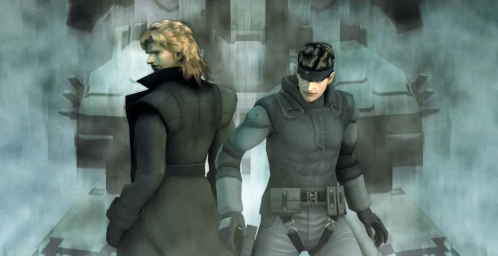 As a remake of an acclaimed classic, Metal Gear Solid: The Twin Snakes has a lot going for it. Its tight level design, particularly prevalent in the mission’s first two acts, generates challenging stealth scenarios. Meanwhile, the tools and techniques available to the protagonist work towards not only enhancing these espionage sections, but also paving the way for engaging exploration. To top it all off, the quest gains dramatic contours via enhanced graphics, marvelous voice acting, a deep plot, a grand soundtrack, and lengthy cutscenes. It is a trusty recipe that would go on to be expanded and tweaked as the saga progressed. But, ultimately, the point that is driven home by this GameCube gem, which is very faithful to the original, is that the tridimensional framework of the series was both mature and confident from the start. And even if some small changes made here were not universally appreciated by fans, Metal Gear Solid: The Twin Snakes is excellent; perhaps to the point that a few might see it as the definitive version of a game that defined a genre.

Astral Chain has the PlatinumGames signature all over it: barring a few exceptions, many of which are also products of the company, it is hard to find a Switch title that pulls off action gameplay with so much style, smoothness, and confidence. Yet, this is also a project that clearly attempts to push past the studio’s usual scope, not only betting on a more expansive and serious story, but also widening the framework of its missions to pair up abundant combat with investigations, platforming, and puzzle solving. Not everything that it tries clicks immaculately: the plot leaves hanging threads, its equivalents to dungeons can be visually confusing, and the platforming has a few rough spots. Nevertheless, Astral Chain is a flashy, nicely produced, and thrilling package of explosive action in a bleak but glossy cyberpunk future. And even if PlatinumGames has done better, at times it can be easy to perceive the title as a culmination of what they had done up to its release.

Unlike a few of the creations of HAL Laboratory have done during the studios’ history, Part Time UFO is certainly not the kind of project that will send shock waves across the gaming landscape. However, it is a type of title that should, ideally, come out more frequently from the production lines of the industry’s larger players. It is a game so small and simple that it was built with the intention of breaking into the mobile market, but it is at the same time filled with the unusual creativity often observed in the indie scene and with all the polish, charm, and value that Nintendo as well as its partners tend to pack into what they make. Therefore, even if it stumbles punctually, what it does more often is amuse. And it does that so naturally that it might lead one to wonder why nobody had ever thought of creating a physics-based puzzle starring a sentient flying saucer that stacks stuff to help humans.

No More Heroes 3 is a title that invests hard in cutscenes, voice acting, script, character development, and art just for the sake of being as flashy as possible. To some, it will all come off as utterly ridiculous: there is too much cursing, the jokes are juvenile, the writing is heavy-handed, the plot is excessively goofy, and nothing really makes a lot of sense. This is a game that matches 8-bit icons with 3-D graphics, that introduces and concludes every iteration of its gameplay loop with animated credits respectively belonging to an American action cartoon and to an epic Japanese anime, that features casual heart-to-hearts between murderous aliens, and that brings characters into and out of the plot without any sort of reasonable explanation. Moreover, it portrays people who are nonchalant towards very graphic violence, who are unmoved by fountains of blood pouring out of decapitated heads or limbs, and who act like a deadly competition between assassins could be a normal daily activity one partakes in before going out for lunch. If these sound like positive traits, then No More Heroes 3 should be an enjoyable ride; if not, it is best left alone, because without its style to cover its flaws, the experience will be easily perceived as being very irregular.