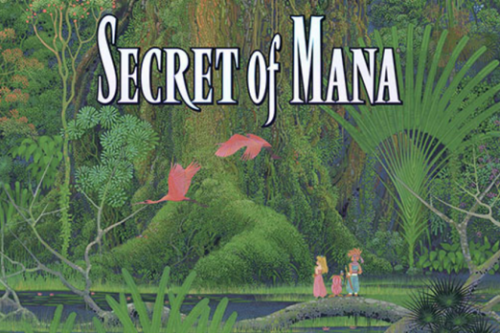 Although Secret of Mana is a game that, in many ways, is built on the role-playing staples often explored by the folks at Square, it is also a title that finds features to make it unique. It is a quest that holds an impressive number of well-designed dungeons, appealing locations, and notable bosses; elements that will not surprise anyone who has delved into other works by the company. At the same time, it bets on an action-based battle system that greatly separates it from the Final Fantasy games, and features a tone and traveling mechanics that further expand that gap. Truthfully, with the exception of the technical and artistic prowess it carries in visuals and music, none of the components that constitute it are flawless: its plot lacks development, its combats – even if fun – have a variety of issues, and a few minor design oversights are bound to cause players’ enjoyment of the quest to be slightly disrupted. Yet, despite them, Secret of Mana remains satisfying, and regardless of how Square certainly released better efforts for the Super Nintendo, the title is still worth playing due to how it breaks away from the usual mold followed by the company, sprinkling action and adventure onto the bones of a regular RPG. 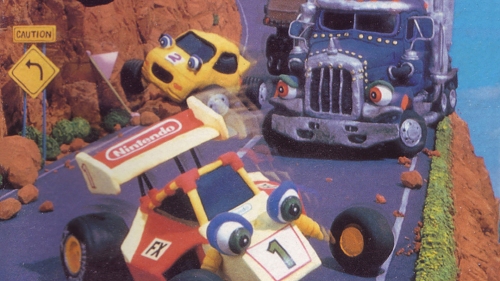 Issues related to content and controls keep Stunt Race FX from being a very good effort. There is, for sure, a degree of value and excitement to be found in its races against the clock and in some of its wilder tracks; besides, its visuals – despite being undeniably aged – broadcast a handle on tridimensional design that is superior to the one that is seen in Star Fox. Still, when elements that are so central to a game experience are treated less than ideally, it is hard to throw too much praise at the product. And if even at the time of its release the gap that existed between it and other racing titles for the Super Nintendo was wide, the fact time has made the divide bigger ends up turning Stunt Race FX into a curiosity that is decent, but not worthy of anything more than a brief shot. 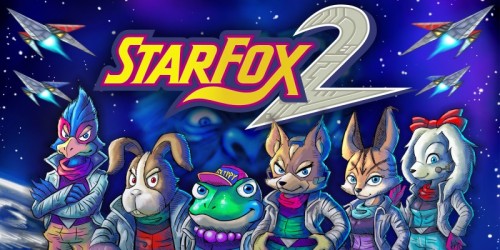 It is hard to overlook elements that, in the past, were major technological victories but that, in a context where tridimensional gaming has reached full maturity, come off as awfully clunky and outdated. Nonetheless, it would be unfair to let Star Fox 2 be fully defined by them when it does such a great job in building its own identity. The game is very much a sequel to an equally flawed classic; after all, it borrows a universe of spaceships, dogfights, and a whole lot of shooting from it. At the same time, though, it barely feels like the second chapter of a saga, because the changes it operates in structure, leaning to a strategic vein, and in gameplay, betting on free-roaming combats, create gigantic separation between it and its predecessor. Therefore, even if Star Fox 2 cannot be fearlessly recommended due to its blatant wrinkles, it can at least be applauded and given some praise for an audacity that does generate some exciting fruits.

Mega Man X is the particular kind of game that, at the same time, succeeds because it is too similar to what came before it while also struggling for that same reason. Its levels are finely designed and its bosses are utterly memorable, supporting a gameplay experience that is undeniably enjoyable; however, as the franchise was leaping between generations, it is partially disappointing to see it remained strongly attached to its 8-bit roots. While many major gaming properties took advantage of the arrival of a new era to expand their reach, try out new ideas, or simply mature, Mega Man stood pat. With a decreased level of difficulty when compared to its NES counterparts, the value of the package of eight robot bosses it offered grew shorter; and although it does try some new tricks to give more depth to its content, a couple of them are not fully realized. Regardless of those shortcomings, though, Mega Man X is one of the Super Nintendo’s best combinations of action and platforming. Even if for those who are familiar with what came before it, the game may wind up feeling like it is too safe for its own good.

Consequently, Super Mario RPG: Legend of the Seven Stars is a game that excels in countless areas. In materializing the rather unlikely marriage between the platforming world of Super Mario and the role-playing greatness of the classics produced by Square during the nineties, it ended up creating a sub-genre of its own: a class of games where thick scripts and turn-based battles meet exploration segments that marry the walking usually done in RPGs with external elements such as action and puzzle-solving. With that combination as its basis, the game assembles a quest that – more than any other Mario game before it – gives life to the Mushroom Kingdom while miraculously succeeding in embracing RPG fans and newcomers to the genre that are naturally attracted to games starring the popular plumber. And even if some of the role-playing quests undertaken by the character ever since have presented more alluring scripts and a wider deck of options, Super Mario RPG: Legend of the Seven Stars retains its position not just as a major pioneer, but as a classic due to how nowhere else in the usually fantastic sagas that were heavily inspired by it can one find such a pure balance between RPG traditions and the quirks of Mario’s universe.

The conclusion is that, like many Super Nintendo classics, there is fun to be had in the original Star Fox. However, differently from other remarkable titles of the era, the first quest of Fox, Falco, Peppy, and Slippy has had a big portion of its glory eroded by the passing of time. Although it inaugurated a gameplay style that has served the franchise relatively well for a big amount of years and translated with grace the excitement of sidescrolling space shooters to the 3-D perspective, the fact it was one of gaming’s first huge endeavors into the world of polygonal graphics has caused its visuals and some of its gameplay components to lose luster. Going through its stages remains a thrill, shooting up as many enemies as humanly possible is still an appealing challenge, and trying hard to beat one’s best score in each of the game’s three routes is certainly alluring. Sadly, the reaching of those awards has to go through being able to look past very aged visuals and a few frustrating gameplay quirks that stem from technological limitations and clumsy implementation.

That wish to be bigger and to stand out is certainly the hidden theme of Donkey Kong Country 3: Dixie Kong’s Double Trouble. It is easy to understand why, back in 1996, the game was seen as a drop following two titles that left big marks in the minds of gamers all around the world. Hindsight, however, reveals an adventure that although not as excellent as that of Donkey Kong Country 2, for it boasts a lesser – yet excellent – soundtrack and fails to reach the same level-design excellence, shines pretty brightly in the hall of the best platformers of its generation. By understanding that its prequel did not leave much room for improvement, it spends a big amount of its running time trying to find ways to excel, and it comes out of it with an impressive overworld, a fantastic challenge, and a stunning collection of inventive stages that use all tools the franchise had established in magnificent and original ways. As a result, even if the timing of its release may have harmed it, the years that have passed ever since have allowed Donkey Kong Country 3: Dixie Kong’s Double Trouble to emerge as a giant of the platforming genre.

That does not, obviously, mean Donkey Kong Country is a bad game. It is, actually, a major finding; a discovery of a universe of gameplay possibilities that, before it, simply did not exist. It transformed Donkey Kong from a usually mindless villain into a hero of his own vast and rich world, and it constructed an adventure that ranks among the Super Nintendo’s best platformers. The fact it comes out rather bruised from a comparison to all its sequels speaks more about their stunning quality than about Donkey Kong Country itself. Its gameplay has been improved; its visuals have been taken to higher heights; and its soundtrack, of very unique instrumentation and tone, has inspired much better ones. However, its birth paved the way to a historic franchise that is an integral part of the gaming vocabulary, and the resulting adventure is – by all means – still a fantastic and enjoyable gameplay experience, even if other Donkey Kong Country games end up amounting to packages that are more complete, well-balanced, and creative. It is, after all, only natural, because they have all had a pretty spectacular base upon which to build; and it was here that those original pillars were put in place.

In a chain of games that has spanned some decades, gone through many consoles, and birthed a horde of installments, no effort has captured that jubilant carefree feeling as well as Kirby Super Star, originally released for the Super Nintendo. And it is somewhat easy to see why. While most of the pink puffball’s titles center around one predetermined plot, hence giving them a serious stiff structural form that is similar to that of other platformers, Kirby Super Star is absurdly loose. It feels like a party; a celebration of Kirby’s sheer glory, one that was planned and created as an opportunity for him to display his ridiculously overpowered strength in whatever way he sees fit. Surely, the game is not aimless: it has purpose. There are, actually, quite a few of those and players are bound to be delighted by most, if not all, of them. Yet, amidst saving Dream Land’s produce or trying to punch the ground so hard Planet Popstar – his home – almost cracks in half, the final objective of it all seems to be giving Kirby a chance to show off; and the result is quite beautiful.

Both in the grand scheme of things and in the little details of its design, Chrono Trigger is an immaculate gaming experience. The quality of its plot and the way through which Square is able to materialize a complex web of alternate timelines, distinct eras with their own interconnected tales, and fate-altering actions into a story that is engaging, funny, emotional, and easy-to-follow is without parallel. And that achievement is coupled with more than thirty hours of content that is stunningly designed on all fronts, from effective visuals and a touching soundtrack, to an exciting battle system, and an effective approach to traveling long distances through space and time. Combined, these parts amount to a quest that exhales so much grandeur that it writes itself into the definition of the word epic, a term that may have been debased by how frequently it is employed, but that is the perfect adjective to define Chrono Trigger. After all, no other expression could describe an adventure that unfolds so perfectly across millions of years, that unites great characters from distinct eras, and that includes five time periods (each with its own mysteries), unforgettable moments, and challenges. Chrono Trigger is the bar against which all other games that strive to be epic should be measured.