Super Mario Galaxy is joy and enchantment in gaming form. It has no commitment to sense; no concerns about logic; and no regard for the mundane. Its sole pledge is to fun, and by taking the elements of the plumber’s universe towards the vastness and insanity of space, Nintendo gave its developers total freedom regarding what kinds of levels to build and what sorts of mechanics to explore. Consequently, in the arms of gravity and aboard weirdly shaped planetoids, the Super Mario franchise reaches for interactive entertainment at its purest form. It may not be perfect, but even the most avid players will have a hard time coming upon an adventure that produces surprises and moments of genuine awe with such uncanny consistency. Super Mario Galaxy succeeds in embracing all audiences and taking them into an outer space journey that feels epic, controls spectacularly, looks stunning, sounds like a grand symphony, and holds more gameplay ingenuity in its dozens of stages than many companies will ever get to put together in a lifetime. 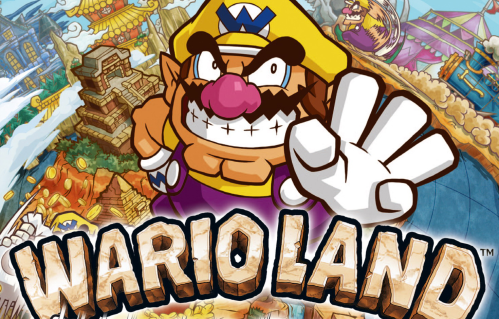 As a consequence of that characteristic, Wario Land: Shake It puts itself in a somewhat tough position. Its quest is undeniably fun; its visuals are unquestionably beautiful; and its smart level design is true to the high quality of the saga. Still, the fact a good deal of its extra content can be the source of some frustration is disappointing because a great portion of the game’s value lies in exploring its levels looking for its treasure chests and trying to achieve perfect runs as a way to clear its challenging missions. Therefore, while to newcomers looking for a solid platformer Wario Land: Shake It is recommended with the caveat that its quest may be a bit too short for those who simply want to go through it, to gamers going after full completion it is a great package as long as they are able to tolerate the frustrating edges that its additional corners can sometimes display. In both cases, though, there is fun and smartness to be found in yet another sidescroller that shows the Nintendo Wii was the perfect home for the reemergence of the genre. 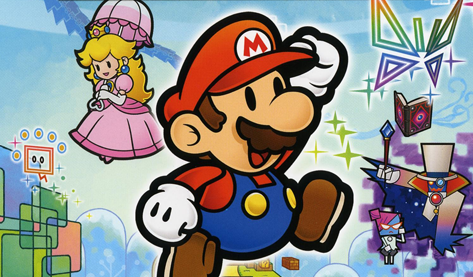 Through those various problems, however, Super Paper Mario still stands relatively well. The decision to dilute the RPG elements of its predecessors and bet on the action and puzzle-solving components of the saga does make sense when the context in which the game was inserted is taken into account. Nevertheless, its quest, the general dullness of its combat, and the varied but ultimately overly straightforward nature of its puzzles reveal the process of simplification may have gone too far. Super Paper Mario, therefore, is able to find a way to work as a game not thanks to the excellence of its gameplay, but because the charm of its world and the competence of its mechanics are accompanied by a very well-written plot and individual chapters that shine quite brightly. As such, even if in the end it is just its script and characters that will truly leave a mark and be remembered by those who go through the adventure, the title is worth playing thanks to its uniqueness and its powerful heart. 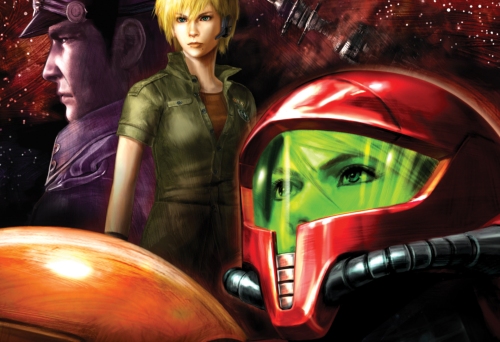 That, however, does not mean Metroid: Other M is bad. It is clear that the shifts in gameplay and plot that it brings into the franchise do not work entirely, as they sometimes frustrate and occasionally go against essential elements of the series. Nevertheless, its successful parts come together to forge a very distinctive Metroid experience. Its focus on action may generate an adventure that is shorter and simpler than those of its 3-D counterparts, but it brings a physical thrill to combats that did not exist before it. And its dedication to storytelling may at times veer towards the cheesy and incongruent, but it is responsible for a compelling tension-inducing mystery and an interesting – even if irregular in quality – glimpse into the past of Samus Aran. Therefore, although it does have many rough spots and holds a nature that is unlikely to satisfy everyone, it is an adventure that deserves either a try or at least a pat on the back for the different path it takes.

Although it certainly has issues, it is impossible not to recommend A Boy and His Blob to absolutely everyone. More importantly than being artistically adorable, it is a game that carries a ton of heart, for the lovely innocent friendship that lies at its core is the fuel not only for much of its visual splendor but also for its clever gameplay mechanics. And these, in particular, are so flexible and unique they safely carry the game through more than eighty levels of varying degrees of difficulty. A Boy and His Blob does not just rescue a long-forgotten and irregular property born during the NES days from total obscurity; it fleshes out its central concept, dresses it up in charming hand-drawn animation, and puts it in the hands of a generation of younger gamers that may – in a few years – remember this child and this likable alien as one of the very first contacts they had with the medium. As for more experienced gamers, even if the adventure may at points be too easy, A Boy and His Blob is a chance to play a well-designed sidescrolling puzzle platformer. One that, overshadowed by other bigger releases of the genre that happened during its renaissance in the arms of the Nintendo Wii, is sometimes forgotten.

Ultimately, though, what the issues of Donkey Kong Country Returns reveal is that the aspects in which the game falters are only perceived as weaknesses because they are inevitably compared to the best of what was offered during the classic trilogy that inspired it. Individually, none of its building blocks stand as the best to have ever appeared in a Donkey Kong Country game, but at the same time, save for its soundtrack, bosses, and mini-games, all of them rank away from the bottom and in pretty respectable positions. The result is a modern classic that, without any legacy to live up to, would come out nearly unscathed from even the most rigorous evaluation. With the exception of Diddy’s Kong Quest, none of the Donkey Kong Country games that came before it clearly surpass it. As such, Donkey Kong Country Returns stands among the best sidecrolling platformers not only of its generation, which was quite prolific in its production of great games of the genre, but also of all time.

The fact Return to Dream Land was a long-awaited revival of the traditional Kirby formula quietly clouded the lack of excellence that can be found throughout the game. In the end, Kirby’s Return to Dream Land just does not mesmerize, it simply does its job of entertaining for ten hours and then proceeds to leave the stage for a few applauses from the crowd. It walks on a very safe line, and as a Kirby platformer it does what it is supposed to do, but when put in the light of comparison to Donkey Kong Country Returns and even Kirby’s Epic Yarn, it falls short.

Overall, No More Heroes 2 is a great title. It could have gone wrong in a number of ways, but through its sheer disregard for all things naturally human it manages to find many ways to succeed. The adventure lasts for about eight hours, discounting the time spent on the mini-games, and there are nice extras – such as a few challenging difficulty levels – that serve as good incentive for players to come back. More importantly, No More Heroes 2 shows that videogames are at their very best when they are set free from the constraints and rules that make our real world so dull and mundane. Travis Touchdown slices open the throat of those limitations and uses their gushing blood as his own demented version of the popular yellow brick road. And the path constructed by all the gore leads him to some rather entertaining places.

The core component that makes Dead Space: Extraction rise above the competition is its acknowledgement that it is a game made to be played at home. While some on-rails titles embraced their simplistic nature, Extraction tries to take advantage of the environment where it is meant to be played, without leaving behind the genre’s most important characteristics. The main point where it becomes clear the game has gained in quality and value due to its migration is the emphasis on story. If on an arcade environment characters and plot fall victims to the overwhelming importance of scoring and shooting ridiculous waves of enemies, at home players can take their time, sit back and enjoy the plot underlying all the bullets that are flying.

Yet, overall, Shattered Memories is more than worthy of one’s time. As far as frightening games go, it might be one of the scariest titles of the Wii’s library, in spite of how a few key flaws stand on its way to sheer greatness. Even if it is not haunting all the way through, Shattered Memories remains as one of the system’s best uses of the Wiimote (including an incredible sound design move that uses the Wiimote speaker as a disturbingly realistic cell phone sound outlet), some of the greatest realistic scenarios to ever show up on a Wii game, and a handful of clever puzzles that will require logical thinking and deep analysis of the environment. Its overwhelming tension wears out as the game progresses, but when it thrills, it does so in remarkable fashion.