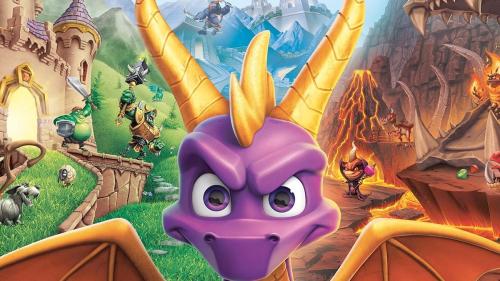 Featuring a lackluster beginning in Spyro the Dragon, a much improved sequel in Ripto’s Rage, and one of the era’s most expansive takes on the genre in Year of the Dragon, Spyro Reignited Trilogy ends up being a mixed bag that provides an interesting look at how the franchise went from a naive shot at 3-D platforming to a fully realized concept that was able to stand up to the likes of Banjo-Kazooie, Mario, Crash, Donkey Kong, and Rayman. To further accentuate the contrast between its good and bad aspects, even the best two titles of the package stumble on crucial matters like controls, loading screens, and frustrating design choices. Nonetheless, Spyro Reignited Trilogy is a worthy purchase to anyone who either has fond memories of the dragon or to those that have no nostalgia regarding the hero but that crave for a rebirth of the 3-D platforming genre. In the case of the first group, they will be happy to see classics that were a key part of their childhood be resurrected with so much care for visuals and music. Meanwhile, gamers that fall into the second category will discover at least two flawed but entertaining gems that prove that even if mascots are a relic of the past and 3-D platformers are far from having the importance they once held, the gameplay style still holds up quite nicely.