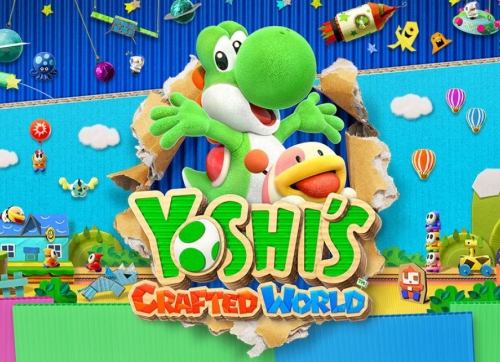 Yoshi’s Crafted World, then, poses a bit of a dilemma to players, because while its generally low level of difficulty makes simply getting to the end of the quest a task that does not reveal the full extent of its wonderful design, aiming for full completion unearths some frustrations of its own. The bottom line, though, is that regardless of how one chooses to approach the quest, there is a lot of fun to be had, whether the player in question is a child who is taking their first steps into the gaming world or a veteran with a fondness for the platforming genre. And that quality stems from how Yoshi’s Crafted World is constantly changing not just the gameplay quirks around which its stages are built, but also the nature of its stunningly detailed environments. These two elements, which never repeat themselves through the course of forty levels, form an adventure that is entertaining and inventive all the way through, mixing situations that fall perfectly among the character’s traditional exploits with unexpected gameplay detours and mechanics that creatively take advantage of the depth of the title’s tridimensional scenarios. It is thanks to such prowess that Yoshi’s Crafted World rises above its obvious flaws to qualify as an experience that cannot be missed and a product worthy of the Nintendo stamp.

It is pretty obvious, from everything it does, that a spectacular amount of work, dedication, and creativity went into the making of Super Mario World 2: Yoshi’s Island. Its addition of collectibles and its focus on more intricate levels showed the Mario 2-D games had the capacity to be far more than a straightforward race to the finish, and its artistic prowess created a visual masterpiece that succeeded in topping even the graphics of games that took the hardware of the era to the edge of their technical limits. It is true it carries some easily avoidable design issues that end up being the cause of some frustration, and it is arguable some of its worlds could have benefited from more of a thematic cohesion between levels, as sometimes it feels like backgrounds are used randomly rather than to form a uniform term. Nonetheless, Yoshi’s Island is by all means a spectacular achievement that still plays as well as it did when it was released and that retains its capacity to amaze. And those are the biggest statements that can be made about the brilliancy of the content within.

If during E3 2016 Nintendo did not have much to show other than The Legend of Zelda: Breath of the Wild, which was pretty understandable given the colossal impact the game had, E3 2017 was a quite different scenario. Looking to power the Switch through its first year of life while keeping the flame of its sales phenomenon pretty well-fed with oxygen, and trying to show gamers that the 3DS is still a system that will receive their support, the company gave fans quite a bit to look forward to. Games that were still unknown to the general public were revealed, and upcoming projects whose names have been written on people’s calendars for quite a while were further detailed. 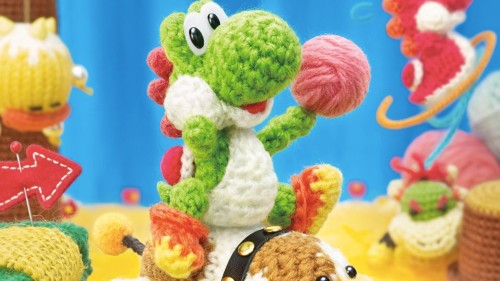 Yoshi’s Woolly World arrives to drastically alter that scenario, for it catapults the green dinosaur’s franchise to a level of awe-inducing quality it had not known for quite a while. The franchise’s first home console entry in eighteen years is, unquestionably, its brightest installment in two decades. It is an assessment that might not carry much weight considering the pile of average software that separates it from the series’ crayon-infused Super Nintendo inception, so its prowess is perhaps best summed up by declaring it is a title that often dares to be as good as Yoshi’s Island. 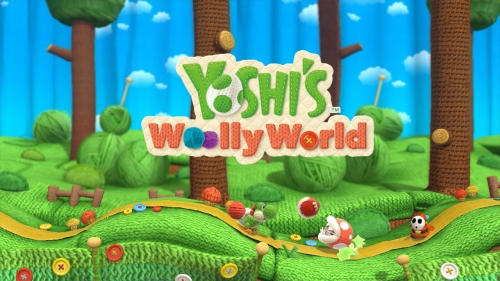 The cloth-related mechanics are better integrated to the aura of the Yoshi franchise. They do not drastically alter the series’ gameplay like they had done – to the dismay of many fans – to Kirby, which was stripped of his signature sucking and power-hijacking skills. Instead, they add fuel to the mechanics that were already set in place.

It is hard to pinpoint exactly when that tide began to shift and developers started looking at sidescrollers differently, but on the Nintendo camp that turnaround could easily be traced back to 2006’s New Super Mario Bros. The first original Mario sidescroller in a whopping fourteen years, the game – as its title plainly indicates – was marketed as a return to the stripped down platforming basics of the Super Mario Bros. trilogy. 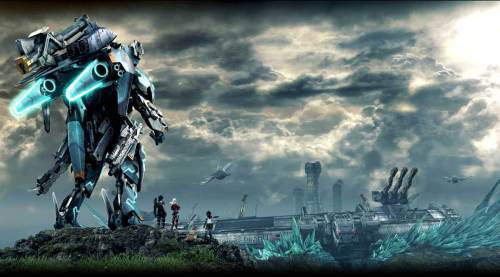 On the second part of this review of Nintendo’s showing at E3 2015, we continue to navigate through the mixed list of games the company had to display while trying to separate the good from the bad and looking ahead to see what those titles are bound to offer. 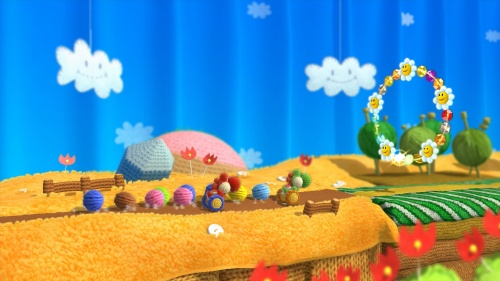 Once more, June has arrived. Alongside it, come the hopes and expectations the gaming universe tightly couples to the upcoming Electronic Entertainment Expo, where a generation that has been sadly scarce of spectacular games will attempt to bounce back. With Nintendo’s yearly E3 Direct set to happen on June 16th, it is time to look into that crystal ball to see what lies up ahead. First, let’s glance towards the games that are sure to make an appearance either within the presentation itself or on the show’s floor.

2013 propelled the 3DS from a mildly interesting system to one that has a little bit to offer for every kind of gamer. It is now a handheld whose greatest games cover nearly all major gaming genres. At the same time, 2013 set some pretty lofty standards for the platform to reach, leaving 2014 in quite a complicated position.