As a testament to how many awesome games Nintendo had in display, the list of E3 2014 titles had to be split into two posts. So here is the second part of all the goodness showcased by the company.

In a single E3, Nintendo has given its fans not one, but two new IPs. While Code Name: S.T.E.A.M. will rock the 3DS, Splatoon will bring a unique brand of paintball to the Wii U. It might not be a grand adventure like Zelda or a massive RPG like Xenoblade, but Splatoon makes one thing clear: Nintendo is an extremely flexible developer. Their franchises spread across a great amount of genres, and Splatoon extends that wide coverage by taking on the third-person shooter field.

Its white canvas-like scenarios draw natural comparisons to the Wii’s De Blob, and its apparent focus on multiplayer gameplay will probably give Nintendo another online juggernaut to join Mario Kat 8 and Super Smash Bros. Splatoon has that signature Nintendo charm splattered all over it, and based on reactions by the media, its gameplay is also worthy of the Big N’s stamp. 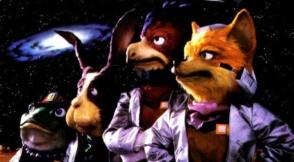 After nearly a decade, the time has finally come. Fox McCloud and his crew are finally embarking on a new adventure, and Shigeru Miyamoto is commanding the ship. The goals here seem to be two. First, Star Fox will, like other Miyamoto projects, make heavy use of the Gamepad to create new gameplay experiences. Secondly, and most importantly, it will try to bring the Star Fox franchise back to its winning days.

For fans, that second objective can be achieved quite easily, and all that it takes is following the recipe of the SNES and Nintendo 64 games, which featured numerous short but sweet missions that formed alternative paths towards the same goal. For developers, the Wii U game will be an opportunity to sprinkle that format with new concepts that will be able to move the series forward. The balance between those tendencies will most likely determine the tone of the reception the game will receive.

With every passing announcement, the upcoming installment on the Super Smash Bros franchise gains in quality and depth. The additions of Pac-Man, Palutena, and Mii were already expected. The first is the signature character for Namco, a company that is heavily involved with the game’s development; the second is a fan favorite and a major character of Sakurai’s most recent work, Kid Icarus: Uprising; and the third has become the norm on pretty much all of Nintendo’s first-party releases.

Instead of being a generic fighter, something that would certainly have spurred an array of negative comments from fans, the Mii will be a highly customizable character, which might make it appealing even when a horde of Nintendo stars are available to be selected. In addition, the flexibility brought to each character’s moveset, a brand new addition to the series, will likely up the depth of skill Super Smash Bros can offer. 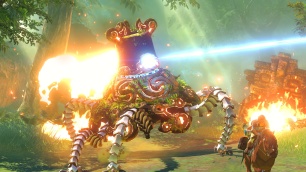 The Legend of Zelda Wii U

Other than a short trailer, not much has been revealed about The Legend of Zelda. Yet, the shortage of information has not stopped endless threads of speculation to rise all across the web. Eiji Aonuma, the game’s director, did confirm that the Wii U game would follow and expand an open-world tendency that was also present on the 3DS’ A Link Between Worlds. The game will give players a lot of freedom to explore, and that nature will be incorporated into the title’s progression and puzzles.

Outside the realm of gameplay, The Legend of Zelda Wii U reiterates that, in the balanced cell-shaded look of Skyward Sword, Nintendo found the ideal tone for the franchise’s eye-candy. It stops Zelda from merging into the onslaught of realistic-looking games that crowd the industry, while suspending it a few inches above reality, and many miles below Wind Waker’s beautiful and timeless cartoonish look. The Legend of Zelda Wii U looks absolutely stunning and it will prove that, while not a powerhouse, the Wii U is able to pull off some flooring visuals.

The formerly titled X has gained a new and more telling title: Xenoblade Chronicles X. Whether it is a simple re-branding in order underline the fact that it follows in the Wii game’s footsteps, or the reveal of an actual connection between the two games is still unknown, but based on images and footage it is possible to see Xenoblade Chronicles X will deal with the same man vs. machine, and technology vs. nature theme of its spiritual predecessor.

The unfortunate, but slightly expected news, though, is that the game – just like most of the other Wii U titles announced by Nintendo – will only be released in 2015, leaving Hyrule Warriors, Bayonetta 2, and Super Smash Bros as the only major games that will carry the system and its users through the remaining months of the year. Still, if the title turns out to be at least half as good as Xenoblade, the wait will be more than worth it.

Out of all games that had been previously announced, absolutely none has evolved as much as Yoshi’s Wooly World. Its once cute visuals have turned into mind-blowing layers of cloth and yarn filled with hypnotizing details and textures. If Kirby’s Epic Yarn was already impressive, Yoshi’s Wooly World takes the thread-based gameplay to new gorgeous and inventive levels.

After the disappointing Yoshi’s New Island, Wooly World comes as an opportunity for the character to redeem itself, and if the recent track record of the folks at Good-Feel is taken into account, it is very safe to say that the game will deliver. Nearly ten years ago, Super Mario World 2 astonished the world with its crayon-drawn scenarios, producing an art style that has been praised and loved ever since. Yoshi’s Wooly World looks to recreate that visual magic and back it up with creative gameplay. Hopefully, when it is all said and done, we can all look at it as the Yoshi’s Island of the HD era.